Hello everyone! Hope you are all set for the new year. While you are waiting for the Y2020 to end with bated breath, here’s a post to kick start your Vue 3 journey. We will create a Reddit reader using Vue3 and Vite!

This post is more useful for someone with basic knowledge of Vue and Vue 2.

Create a Vue 3 project with Vite..

Select the vue template on prompt to create a new folder for your project. Install dependencies.

Edit the file index.html and include reference to a light-weight CSS framework. I use chota css.

Create a blank file at src/assets/css/styles.css to create custom styles (we will include this file in main.js). I will not explicitly outline any custom styles here, but you should find them here on the Github repo.

Yay.. you have this beautiful app. 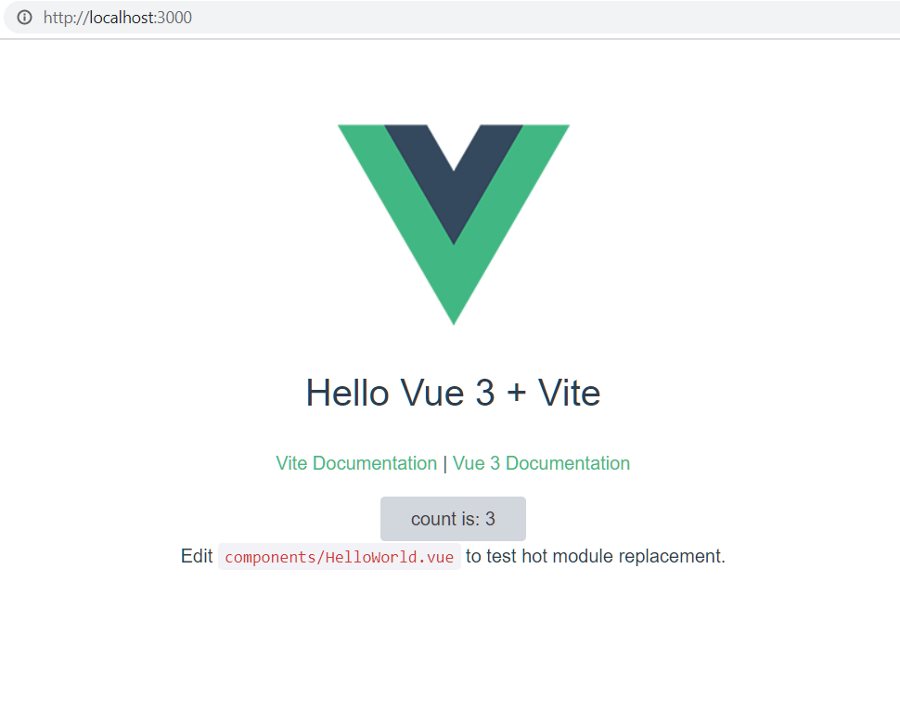 You are all set! Let us start coding in the app.

We will have a bunch of links (well, two to be exact) to navigate within the app. Vue Router makes that routing real easy. Let’s set it up.

Next, create the router file src/router/index.js -

We will use the same view Posts for both top and controversial posts. The view will decide which data to fetch based on the prop called filter, which gets passed by the router.

Change src/main.js to use the router file and include the custom style file we had created earlier -

There’s a small problem with the router code - we don’t have those views yet. Let’s do that now.

We will create two new views and setup App to use the router.

Create a new view for the home page - src/views/Home.vue.

Create a new view for showing the list of posts - src/views/Posts.vue.

Change code in src/App.vue to make use of router.

Let’s also create two new components for header and footer, which display the logo/brand, navbar and footer for the entire site.

Let’s go back to our posts view and do just one thing - outline a list of top and controversial posts. No pagination, showing the page details - nothing. We just take the user to Reddit when a link is clicked. We will use the all new Vue composition API and features.

Let’s start by extending the template created earlier to receive props from router, call Reddit API, and display the results.

Straight off the bat you will notice a few curiosities.

There are no distinct sections that will be exported by default. Instead, we make do with a new function called setup().

This is further simplified by using <script setup> tag.

Instead of a data() section in Vue2, we directly define variables in script (you could always mix and match, and confuse yourself and others though).

But, we need to tell Vue that we are creating a state variable that may also be reactive. We do that using ref.

We use onMounted hook to fetch data from Reddit.

Methods can be defined anywhere within script.

With a few cosmetic chahges, the final code for Posts.vue is outlined below -

Your app is now ready to rock!

You will find the complete code at this Github repo.

What's on this Page